about us    news   downloads   careers

PRICE UP A CHILLER
GET IN TOUCH

Inspired by adventure, the Fourpure Brewery story is one of innovation allied to a strong emphasis on detail. So successful has this approach been that four short years on from its inception in 2013, Fourpure Brewery received the Business Innovation and 2017 Brewery Business of the Year awards from the Society of Independent Brewers.

In their ongoing quest to both support growing demand and develop the brand; Fourpure’s founders, Dan and Tom Lowe, embarked on a £2.5m expansion plan. Twelve new fermentation tanks supported by two new grain silos and an automated malt handling system were designed to increase brewing capacity by 400% whilst quality control was boosted by the installation of a new chemical and microbiological testing laboratory. A new grain crusher was also identified as key to boosting the freshness of the beers produced.

Project managed in-house, Fourpure sourced brewing equipment from a number of suppliers. Beswick Refrigeration Services (BRS) were invited to design, support and implement a process pipework solution which would fit the new layout of the building and optimise output from the new equipment.

The BRS process team identified a coherent solution which drew together wet services, steam and hygienic pipework requirements across all new components. Installation followed and as the project progressed BRS also supported Fourpure and other trades on site. This included identifying and progressing plant modifications to enable equipment to adapt to the working environment and ensure an efficient flow of works. 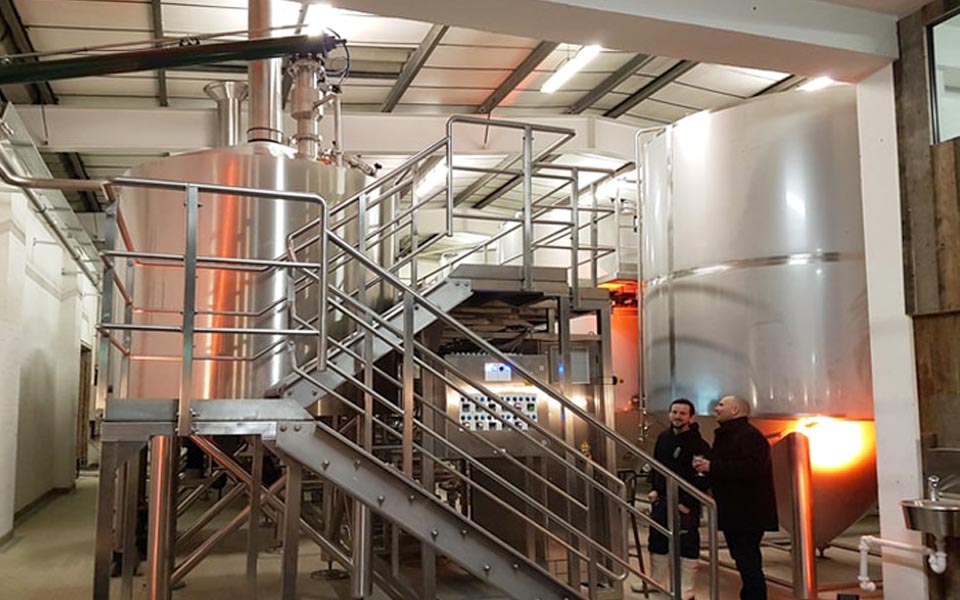 Fourpure’s expansion was a success and delivered on time. This enabled production to start on 16th December 2017 and be fully on tap by the time of their ‘warming’ party in February 2018. Fourpure continue to develop new tastes and beers some of which were enjoyed to the full on their opening event. BRS is providing ongoing support including designing and delivering additional modifications which enable Fourpure to tweak the workflow to their specific taste.

BRS Process Team, demonstrating the value of any brand is based on the talent of the people in the organisation. It is jobs like these where the BRS team use their initiative onsite to provide solutions.

BACK TO CASE STUDIES